You are here: Home / Nursing Masters / Transferring Credits From One Master’s Program In Nursing To Another

Click to List Of Nursing Master’s Schools That Accept Transfer Credits  |  Transfer MSN Programs After Failing Out  |  RN to MSN Bridge Programs Online  |  What Qualifications Do You Need For An MSN Program?  |  Top MSN Specializations  |  Can An MSN Count Toward CNL Certification? 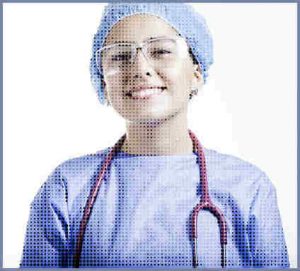 Online colleges and universities today usually have very welcoming policies toward undergrad transfer students. But what if you’re in the middle of a nursing master’s degree program and want to transfer the credits you earned to another nursing school?

The good news is that many master’s and even doctoral programs in nursing accept at least some transfer credits for previous coursework at another school. However, you need to be ready to dig pretty hard to find out what the rules are for nursing programs that accept transfer students. Their websites often don’t make policies on graduate student transfer nearly as clear as those for bachelor degree students.

Sponsored Schools
Grand Canyon University
GCU accepted courses from accredited schools if they are equivalent to a Grand Canyon MSN course and the school is deemed acceptable by GCU. You can transfer in 12 credits or 1/3 of the value of the total grad program if you earned your credits in another degree that you finished and got at a grade of at least B. You must take the first introductory course in the master’s program at GCU.
– M.S. Nursing Education
– M.S. Nursing Leadership & Healthcare Systems
– M.S. Nursing Healthcare & Patient Safety
– M.S. Leadership & Healthcare Systems Bridge Program (For RN’s with a bachelor’s degree in a non-nursing specialty)
Get Information on Grand Canyon University

South University
South’s acceptance of transfer credits to it’s nursing master’s programs is based on the discretion of the department chair, who you would need to contact directly. Programs include:
– MSN Gerontology
– RN to MSN in Nursing Administration
– MSN Nursing Informatics
– RN to MSN Nurse in Nurse Education
Additional MSN degrees offered online in Family Nurse Practice and other specialties.
Get Free Information on South University’s MSN Programs

Chamberlain College of Nursing is one of the more widely-known schools for online nursing degrees. The rules on transferring credits into one of their graduate programs include:

Grand Canyon University
Grand Canyon is a private school founded in 1949 that has over 40,000 students, both online and at it’s Phoenix, AZ main campus. It’s recognized by Fortune Magazine a top-five online school for entrepreneurs. Degrees are offered across many different subject areas. Nursing programs include
RN to BSN program
– MS in Nursing, in specialties including Public Health, Informatics, Leadership, Nurse Education and others.
Get Free Information on all Grand Canyon programs
More on Grand Canyon accreditation:
In choosing a university, you should ensure your choice is regionally accredited, as this provides an assurance of quality as well as continual institutional program improvement.
Regional accreditation in higher education originated almost a century ago as an American process conferred by a nongovernmental agency. Today, one of the most respected agencies is the Higher Learning Commission, which is recognized by the Council for Higher Education Accreditation.
The Higher Learning Commission (HLC) and its predecessor have accredited GCU continually since 1968. GCU obtained its most recent 10-year reaccreditation in 2007.
To be accredited, the HLC’s examiners and trained peers visit GCU’s campus, analyze and accept the university’s operations and academic outcomes as meeting HLC’s core competencies.
http://www.gcu.edu/degree-programs/ppc
http://www.gcu.edu/documents/legacy/GCUAccreditation.pdf
Additional Accreditation for Nursing Education:
– Earlier Graduation – Our 4 credit classes allow you to complete your nursing degree in less time.
– Degree Variety – GCU offers bachelors and master’s degrees, as well as post-masters certificates. We offer high-demand programs such as RN to BSN, and MSN’s with multiple emphases.
– Accredited – The College of Nursing and Health Care Professions offers programs accredited by the Commission on Collegiate Nursing Education (CCNE)1 and approved by the Arizona State Board of Nursing.
– Learn From Leaders – At Grand Canyon University, classes are taught by industry leaders and subject matter experts.
– 1The baccalaureate degree in nursing and master’s degree in nursing at Grand Canyon University are accredited by the Commission on Collegiate Nursing Education.
– GCU’s College of Nursing and Health Care Professions is also approved by the Arizona State Board of Nursing.
– ²Bureau of Labor Statistics, U.S. Department of Labor, Occupational Outlook Handbook, 2012-13 Edition, Registered Nurses, on the Internet at http://www.bls.gov/ooh/healthcare/registered-nurses.htm

The Most Affordable Online Nursing Masters Degree Schools Why Are More Pre-med Grads Choosing to Become Nurse Practioners Rather Than Doctors? Is a Master's in Nurse Education Worth It?

How to Transfer Credits From One Nursing Masters Program to Another

Grand Canyon University
Grand Canyon is a private school founded in 1949 that has over 40,000 students, both online and at it's Phoenix, AZ main campus. It's recognized by Fortune Magazine a top-five online school for entrepreneurs. Degrees are offered across many different subject areas, including health care and nursing:
Get Free Information on Grand Canyon's RN to BSN program