You are here: Home / News / Study For One Of These 25 Hot Careers For The Future

Which college grads are headed into successful careers? A new study shows there are many promising opportunities, but only in certain industries. 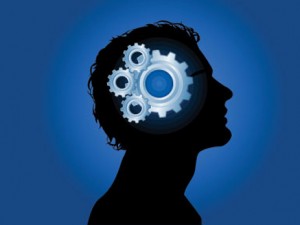 A non-profit group called Young Invincibles, which says it’s mission is to “engage young adults on issues, such as higher education, health care, and jobs,” begins their report by noting that young adults aged 18 to 34 have a 7.5% unemployment rate, versus the 5.3% for the general U.S. population. It adds that most of these younger people are in low paying jobs offering little opportunity for advancement.

Science, Of Course
Of the 400 occupations studied by the group, 25 were identified that offered strong career paths going into the future. Not surprisingly, the report contains bad news for English majors. 18 or the best 25 jobs are in STEM (science, tech, engineering and math) or health care.

Physician’s Assistant scored number one on the list, with a median income of more than $90,000 and 38% growth expected by 2022. Actuaries, statisticians, nuclear engineers, petroleum engineers and software developers are also looking good. Most of these require an associate’s or bachelor’s degree, and few of the more technical fields require graduate education. The top job for those with a high school diploma only was elevator repair, with a pretty respectable median income of about $76,000.

A few of the less geeky specialties that landed in the top 25 include public relations specialists, “agents and business managers of artists, performers and athletes,” and fundraisers. The study did go on to list the best 3 jobs for young adults who do not have a high school diploma. They were “roustabouts, oil and gas,” sailers and marine oilers and roofers.

Here is the group’s chart of top 25 career opportunities: 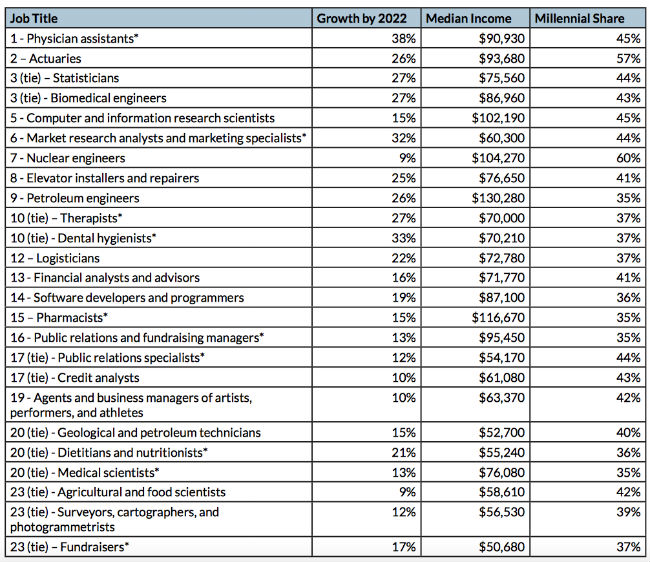 You can read the full report here.