You are here: Home / Archives for magnet hospital

If you wish to be a nurse at a high quality hospital, a BSN nursing degree has become considerably more important due to a program created by the American Nurses Credentialing Center (ANCC). 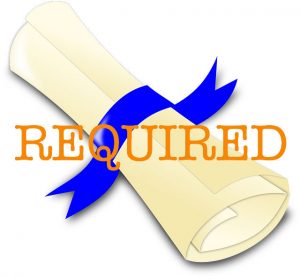 The ANCC began to develop a “Magnet Recognition Program” back in the late 1980’s, which focused on hospitals that had certain qualities that had the highest ability to attract and retain nurses. In 2014, the program was given a major boost by a research study in The Lancet, an old and respected medical journal, that showed that hospitals with a higher percentage of BSN-degree nurses had lower rates of patient mortality. The ANCC then began to award a “Magnet Hospital” credential to the institutions that achieved the highest nursing standards.

Today there are 389 Magnet Hospitals in the U.S. That represents just 6% of all hospitals in the country. But because the designation means they must offer certain benefits and job opportunities to nurses, they represent some of the most attractive employers for an RN.

The price of admission to work at a Magnet hospital today is almost always a BSN. In the 1990’s, a hospital could get the Magnet credential if 75% of its nurses had BSNs. For a hospital to apply for Magnet status today, however, it must have a staff of 100% nurses with a BSN bachelor degree.

The hospital industry has become vastly more competitive in the past two decades. As a result, hospitals want to get anything that can be seen as a distinguishing honor. The Magnet credential has become a highly sought-after certification, which will only encourage more and more hospitals to increase the percentage of nurses on staff with BSNs.

There are still many hospitals, clinics and other medical facilities across the country where a nurse can work with an RN earned through an associate’s program. But the drive by more and more hospitals to get ANCC’s blessing as a Magnet institution means that more and more of the best hospitals will be looking only at nurses with BSN’s.